I started using Reason back in 2006. At that time it was very popular music production software, which is not to say it isn’t still a popular program, but with the rise of DAW’s like Ableton Live and Logic Pro it has taken something of a back seat in these last few years – mostly due to its limitations in comparison to its competitors.

That being said, although I don’t use it nearly as much as Ableton or Logic, I still get an urge to go back and play with Reason. There’s just something about the program that makes you want to use it. The stock sounds are good and the workflow is smooth.

Many of our users still love Reason and that’s why we create .rex2 files for all of our sample packs. Formatting these files is laborious but we do the work for you, so you can take full advantage of todays technology and get the most out of our products.

What is a Rex2 file?

A .rex2 file is an audio loop formatted to work with the Dr. Rex engine in Reason. Dr. Rex allows for quick and detailed manipulation of an audio loop.

Here is the interface.

This is a picture of Dr. Rex that comes integrated into Reason 4 (and previous versions). If you purchased Reason 5 or above, you have a slightly different version of this sampler called the Dr. Octo Rex.

The only major difference between them is that the Dr. Octo Rex allows you to load and work with up to eight loops at a time, while the Dr. Rex only allows for one at a time. Other than that, the sampling technology and manipulative parameters are pretty much the same (as far as I could tell), so if you have Reason 5, this tutorial is still applicable for you as well.

What Can it Do?

There are many things you can do with .rex2 files in the Dr. Rex, like change the pitch or tempo of a given audio loop amongst other things, but one of the coolest components to this technology is that it allows you to access the individual hits in a loop by creating the 1-shot slices for you. In effect you can just sample the loop ‘as is’ or use the 1-shot slices to re-sequence your own groove – this is extremely useful.

To show you some of the creative freedom and latitude you have when working with the .rex2 files I took a loop set from one of our sample packs and created an entirely different beat using the .rex2 files. Lets listen to these examples and then take a look into the process. 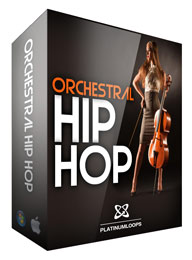 Note: I took the drum sequence from a different loop set in the sample pack but that was only because it better suited the direction I wanted to take the new beat.

All loops used in this tutorial were taken from our Orchestral Hip Hop sample pack.

In the video above we show how to manipulate a drum loop and re-sequence our own groove using the Dr. Rex.

As you can see the Dr. Rex is a very versatile sampler. Being able to change the tempo and pitch of a loop as well as being able to instantly turn drum loops into drum kits make this a powerful production tool.

Although, the Dr. Rex is not without some flaws. The technology has its limitations. It does a much better job in working with samples that have a percussive attack (i.e. drums) than it does in working with melodic samples – particularly those that have long sustains with no dead space before the next note is played.

At times this will cause some minor artifacts triggering the slices but I view this more as the authentic sound of this sampler. The feel is somewhat similar to that of an old school hardware sampler used in a lot of East Coast Hip hop music during its golden era.

Despite some minor flaws you can still get some great use out of melodic arrangements too.

Now, I didn’t run through every single sound I used in that beat, but by now you should have a pretty good idea on how to do this yourself. The cool thing about this is that I could make several, completely different beats using those same samples. This is another great way to get a lot of bang for your buck with our sample packs!

With the advance of software sampling technologies loops are now more versatile and useful than ever. No more being limited to the original tempo and sequence of a given loop. We now have an arsenal of creative options to personalize these sounds – take advantage of them.